"SOME CALL IT THAI FUNK" an Esan compilation of popular western songs IN ENGLISH ! 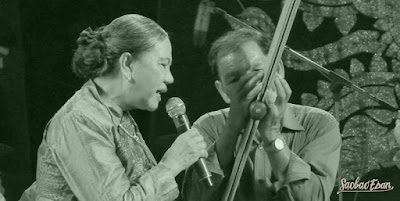 SUMMARY
In this series documenting the MOLAM culture of the Esan people (Northeastern Thailand) and the international scam selling "an fake idea of it" to tourists. I describe how some people from Australia, Japan, France,Thailand and USA... manage their filthy business without any kind of respect and with very little clue about THE MOST IMPORTANT POPULAR MUSIC SCENE IN HISTORY!
Many album covers and photos from my personal archives as well as some fun videos illustrate and document each parts... None of the "self claimed specialists" of course ever showed any photos they took at molam concerts in Esan as they generally DON'T attend any!
Those scammers also never promoted live Esan music and never supported Esan musicians in any way! It's purely a business and there is no time for respect in such business. As you will notice, I don't have much respect for such people while I deeply respect Esan people and their amazing cultural Heritage!
ประเพณี ศิลปะ วัฒนธรรม มรดก อีสาน
Traditions, arts, cultures, Esan heritage!
PART 1:INTRODUCTION, MOLAM, A CULTURAL SCAM!
This introduction feature for the first time a description of the molam scene. Nothing here is anywhere close to anything that spread in western medias during the last 10 years...

PART 2: THE GENESIS "HOLIDAY IN CAMBODIA"
How could a simple tourist despoiled the musical culture of the victims of the Khmer Rouge genocide, started a business selling and performing this music... An inspiring business.

PART 3: R.A.T.S IN JAPAN "EM records"
A duo of Japanese tourists offer their very own revisionist point of view on Esan music. 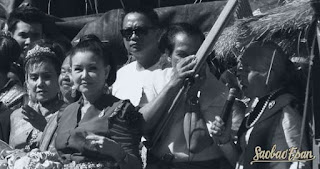 PART 4 PART 4: THE MISANTHROPE: "Dj MAFT SAI"
How could a man with no clue about Thai culture and music and no links with Esan people at all created an international scam business... And pretends to be the specialist of Esan music! 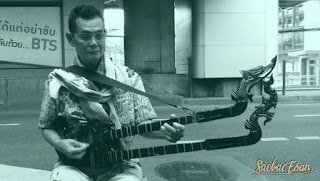 PART 5: BACK STABBING AT THE ZOO "peter doolan"
From blogger to human zoo promoter... How could some random amateur musicians became a tourist attraction. 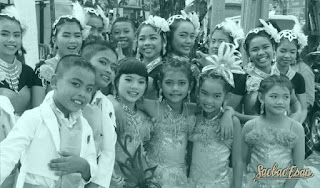 PART 7: WHAT THE FUNK? "edouard degay delpeuch"
A self claimed "ethnomusicologist" offer "mindblowing" descriptions of his friends scamming business... Partner in crimes or fooled idiot?

VOCABULARY:
R.A.T.S: As there are many respectable westerners who documented music, I avoid any confusions and use the acronym for "Researchers on Asian Traditional Sound" to describe the self claimed specialists I mention here.
TOURISTA: As many surrealist terms such as "INSTRUMENTAL MOLAM" are used by scammers to describe the fake Esan music they produce, I suggest to call the distinctive "music" genre they sell TOURISTA. Tourista is the french word for "Traveler's diarrhea". As it basically smells like it, looks like it and sounds like it... As it's the kind of troubles tourists easily get in Thailand it's a perfect description and a good way to avoid confusion between molam and some simple minded crap for tourists! 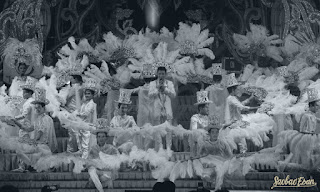 Feel free to message me if you have any questions on the subject.
Publié par SAOBAO ESAN à l'adresse 2:44 PM No comments: 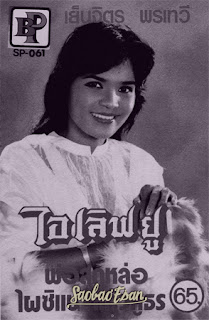 IN THAILAND:
THE BIGGEST SCAM
IN THE HISTORY OF MUSIC!
If during the last 10 years the word “molam” seems to have spread all around the world, helped by the devotion of “super heroes”, “cultural saviors”, “music specialists” and other self pretending "geniuses of experimental music". It's strange to note that none of those “experts” ever showed a point of view anywhere close to accurate and that they remain totally unknown in the molam scene...

In this serie documenting THE BIGGEST SCAM IN THE HISTORY OF MUSIC. I document each steps of the development of a FAKE MOLAM and ESAN MUSIC business as well as all the people who started such neo-colonialist business, those who lead it and those who take advantage and promote it. Racism, denigration, mythomania, uninhibited colonialism... Not only self promoted but also spread by reputed media in newspapers, magazines, TV documentaries even some publications by universities... 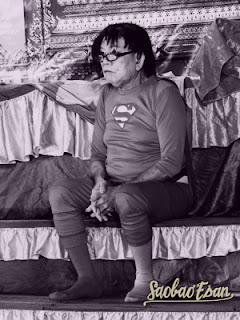